Listen to the second of three excerpts developed by the Food for Thought Project, a year-long writing lab for aspiring audio dramatists.

I’m Not Here Right Now was written by Shea Stanley.

Ella graduated college 6 months ago and is still living in her college town after her mom’s death kept her from moving away for a super cool journalism internship. Unemployed and friendless, she spends every day applying for jobs on her laptop at Doggy Style, a kinda bad hot dog joint known by drunk college kids for its tater tots. It’s at Doggy Style she meets MJ, a college senior who is anything but stuck.

Shea Stanley is an actor, writer, and comedian based in Durham, NC. She has written satire for publications such as IndyWeek and Reductress, and recently premiered her first full length play for Women’s Theatre Festival. She is interested in telling serious stories in a funny way that also make you go “aww” but are also kind of stupid, if that makes sense (don’t tell her if it doesn’t).

Food for Thought is an Artist Soapbox and Soapbox Audio Collective project, co-produced by Aurelia Belfield and Tamara Kissane, and sound designed by Sam Elia.

These excerpts and the year long writing lab were made possible by the generous support of the Mary Duke Biddle Foundation.

I’m Not Here Right Now was written by Shea Stanley.

ASBX Episode 151: Writers for the Food for Thought Project

Soapboxers are the official patrons of the Artist Soapbox podcast. Get on the Soapbox with us at Patreon or make a one-time donation via Ko-fi at https://ko-fi.com/artistsoapbox or via PayPal at PayPal.Me/artistsoapbox.

If you would like to make a tax-deductible donation, please consider our non-profit Soapbox Audio Collective.

Artist Soapbox is a platform for original scripted audio fiction and an opportunity for artists to discuss their creative work in their own voices. We do this through our interview podcast, our blog, and original audio dramas.

Artist Soapbox is an anti-racist organization. We believe Black Lives Matter. In addition, as an audio production company, ASBX has signed the Equality in Audio Pact on Broccoli Content.

Artist Soapbox is more than just an interview podcast.

Artist Soapbox is about Empowerment & Connection.

Artist Soapbox was founded on the belief that if we (humans/artists) talk with each other, and if we LISTEN to each other, then we’ll make better art. We’ll form a stronger community. We’ll feel more empowered and less alone.

On Artist Soapbox podcast, artists in the Triangle are invited to put words around their creative journeys and processes.

We believe we can learn from all artists. Artist Soapbox is open to the full spectrum of art-makers and has interviewed creatives in theatre, dance, visual, literary, craft, administration, film making, photography, music, design and more.

The New Colossus Audio drama is rated R for content.

The New Colossus was written, directed, and produced by Tamara Kissane. This audio drama was adapted from Tamara’s 2016 stage play produced by Little Green Pig Theatrical Concern and inspired by Anton Chekhov’s play, THE SEAGULL written in 1895.

Big thanks to the incredible team who made this audio production possible: 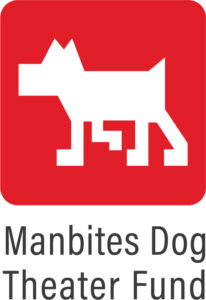